Firstly a story: I was delivering a business intelligence solution for a large European Telco and one of the ‘key requirements’ was to have ‘near real-time’ reporting of the response to adverts being run on television. The specific requirement from the marketing director was to know in real-time how many people were prompted to ring a call centre after an advert was screened. The challenge I laid down to him was “What are you going to do with this information? You are sitting at home at 10pm and the advert shows on TV, your smart phone buzzes five minutes later and tells you that 50 people have rung into the call centre using the promotion code.” The conversation wasn’t a smooth one – “I understand marketing – do you?” but I pushed “Was he going to ring up the TV station and get them to switch to an alternate advert if the numbers were higher/lower than he wanted? Or perhaps he was going to ring the manager of the call centre and get them to bring in more staff or release some staff?” When I pressed he saw my point – he was going to get the information and then review it with his staff over the coming weeks to plan future campaigns. What he didn’t admit was that to some extent having real-time reports was about prestige among his peers in the organisation.

The cost of delivering his requirement would have been huge – developing business intelligence is still a costly exercise and the overhead of introducing real-time requirements is massive. There are genuine useful examples where real-time analysis is vital but treat them as special, don’t build your entire business intelligence environment to support it. And don’t allow a system to be built for prestige – ask what the value is.

Of course this concept isn’t new – in March 2006 I presented From Volume to Value: What Next Generation Telco Data Warehouses Must Do to Provide Value to the Business which looked at reducing the volume of information produced in favour of delivering more value with that information. 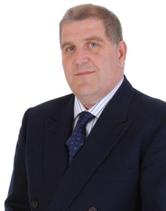 One of the enduring ideas from this presentation is the use of RSS as a delivery mechanism for Business Intelligence. Building RSS feeds is easy, and that includes creating feeds with attachments. What is more – the ability to read an RSS feeds is almost ubiquitous – you’ll find RSS readers on you Windows, Linux or OS X computer as well as on your Android and iOS handset and many other places besides. RSS has a rich optional metadata set that can optionally include categorisations, publication times, authors and many other elements that allow a user to effectively filter what they need. A metadata rich, RSS feed that uses PDF attachments creates a widespread distribution mechanism that greatly reduces the need for software licences for managers that will rarely log into expensive desktop tools. It puts the information directly into the users hands and allows them to handle it when they want to or need to.

Good business intelligence is about supporting business users to make good business decisions – it is not a technological end in itself. Sometimes a tortoise with timely information is going to perform better overall than a hare that shots off at the start and has to re-assess further down the line – just like in Aesop’s Fable.